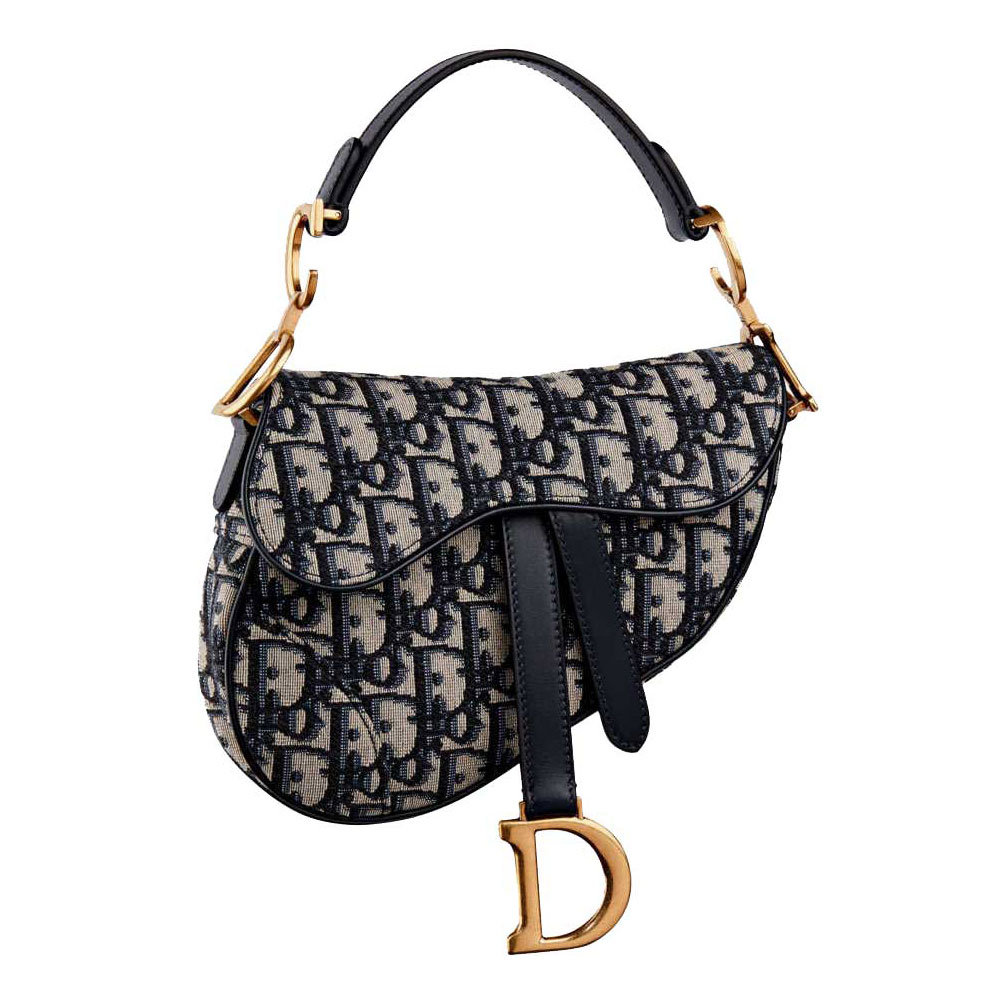 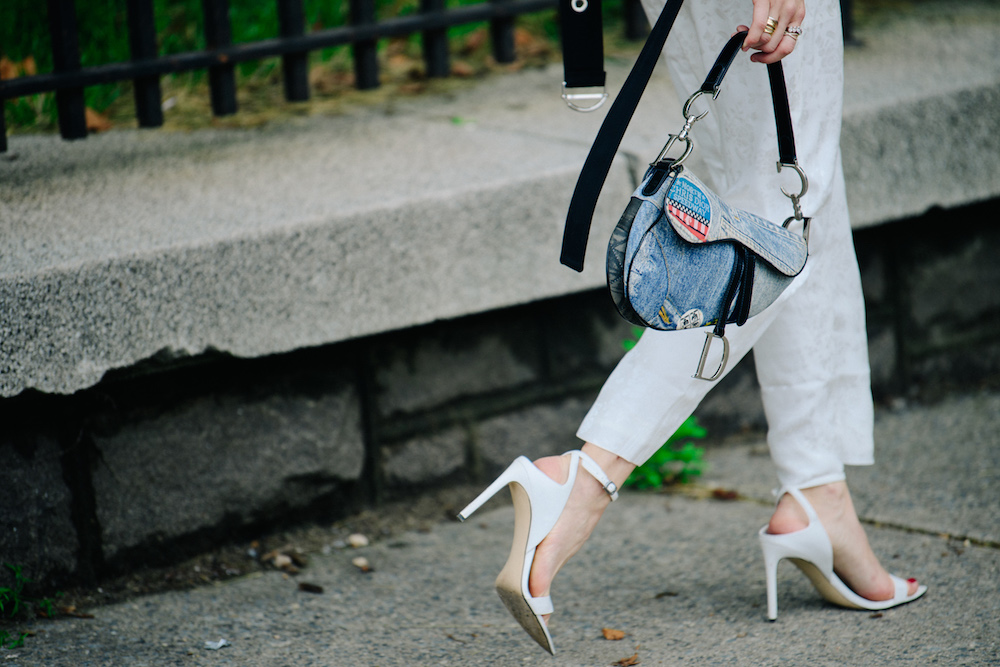 Nostalgia for the late 90s and early 00s dominated fashion trends this year and the demand for throwback style meant we saw the comeback of some of our favorite vintage designer items that defined the decades. Mining the legacy of John Galliano whose Saddle bag first debuted in 1999 to instant success, Maria Grazia Chiuri reintroduced the Dior Saddle bag this February during the brand’s FW18 show in Paris. Championed by Carrie Bradshaw on Sex and the City, Beyonce and the OC’s Marissa Cooper, the Saddle quickly rose in popularity, becoming a paparazzi fashion icon of the 00s era. While true vintage designs are selling out fast on sites like TheRealReal and Vestiaire Collective, fanfare for Dior’s equestrian must-have has seen demand for Chiuri’s new iterations take centre stage this year.

Not straying from the original design, the new Saddle bag still features the now instantly recognisable asymmetric shape, curvy foldover top and a front strap, embellished with hanging gold-toned hardware with the brand’s letters. What’s new though is the bag’s size, which is made slightly larger than the original - made to accommodate an iPhone and other millennial essentials. Available in plenty of prints and materials, choose from black calfskin, logoed canvas, beaded embellishments, and the new patchworked floral design - Chiuri’s own twist on Galliano’s original colourways.

But runway aside, the Saddle bag was reborn on Instagram, where it quickly earned a loyal following after Dior staged a major social media coup. Calling upon one hundred influencers, including K-Pop trendsetter CL and Italian It-babes Chiara Ferragni, Caroline Daur and Gilda Ambrosio, the Influencers were all recruited to post pictures of the Saddle on social media at 2 pm on July 19 (the global launch day of the new bags in Dior boutiques). Despite some Diet Prada controversy, the campaign had the desired effect - the Saddle has since racked up over 20,000 mentions on Instagram, securing its place at this year's must-have accessory.

Show-goers at Copenhagen and New York fashion week were seen wearing the Saddle in true 00s style - think cycling shorts, dad sneakers, Havaianas and tie-dye T-shirts. The Saddle is stocked at all Dior stores and Farfetch, and you can also purchase vintage styles on The Luxury Closet, The RealReal and Vestiaire Collective.