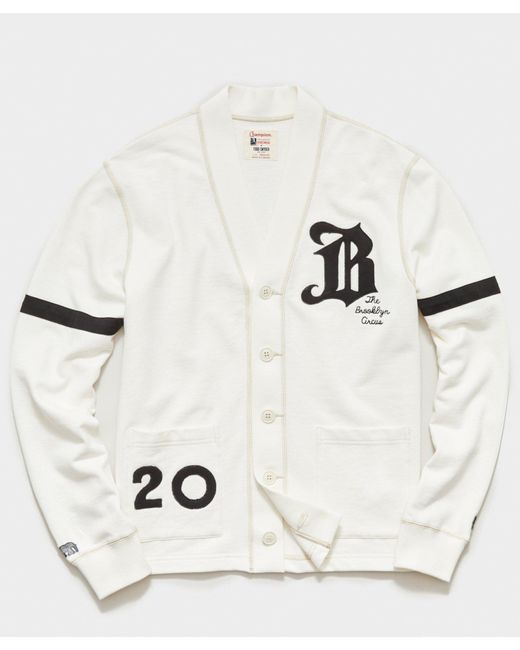 Ouigi Theodore put himself on the menswear map when he opened The Brooklyn Circus in 2006. The haberdashery located in Boerum Hill quickly became a place of discovery--selling finds from around the world alongside its own house label designed by Ouigi. The name Brooklyn Circus was meant to reflect Ouigi's love for "the history, the acts, the characters and the community of the circus. It is also a place of relatable fantasy. He was also early avatar of Street Style, mixing dandy-ish tailoring, vintage athletic wear and other sartorial curios to create a frequently-photographed aesthetic (#ouigitheodore). One of the cornerstones of his personal style is the cardigan, and this is constructed from a sweatshirt material (16 oz French Terry), and features Brooklyn Circus iconography--the script "B" that hearkens back to old letterman jackets and a "20" on the pocket. 20" refers to the year his Hatian-American grandmother was born. She played an integral part in his upbringing in the Crown Heights section). And as Ouigi points out "it's also the year women got the right to vote. I was raised by women. And this is one of the ways he honours them. 100% Cotton. 16 oz genuine French Terry. Cardigan Style; Sweatshirt material. Features signature Brooklyn Circus graphics. Limited Edition. Colour: white 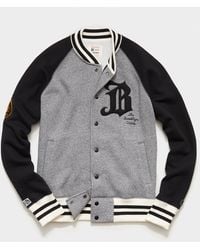 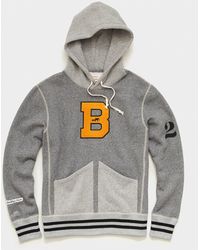 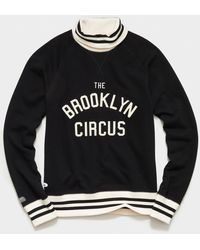 Sweaters and knitwear from Top Brands